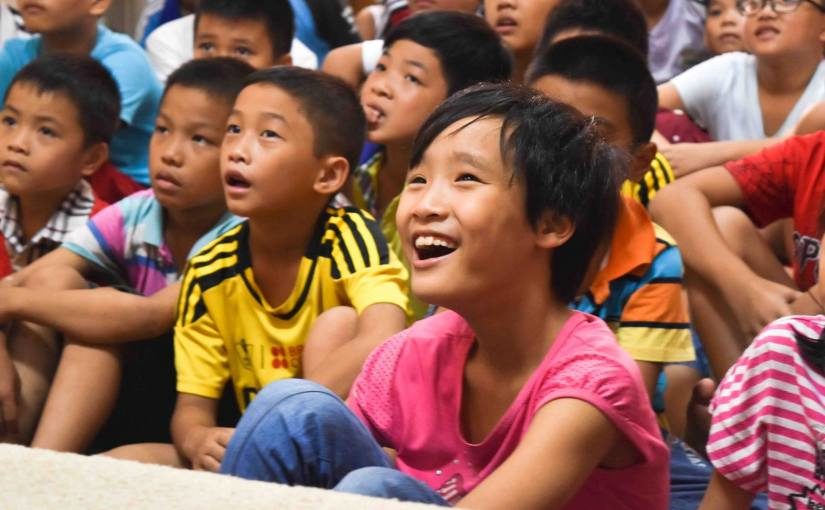 Last week, I met with the Blue Dragon Children’s Foundation and talked to Trịnh Thanh Hiếu, who told me a lot about the problem of children’s and women’s trafficking in Vietnam.

The issue of child traffic seems to be twofold in Vietnam. Children are being trafficked into child labour, working in various sectors of the Vietnamese industry. Another angle are young women that are kidnapped and sold into marriage or brothels in China.

Even though child labour is prohibited in Vietnam, it remains an issue in the entire country. Many children are being sent away with the consent of their parents and finish working numerous hours in factories, restaurants or as vendors on the street.

Traffickers target poor families and convince parents that they will take care of their children. The parents of families with low income often work a lot and do not have much time to take care of the kids. They are vulnerable to listen to traffickers’ promises to provide vocational education, food and shelter, and a little bit of money for their children. The children are sent into different cities and sold into, at least that what it sounds to me like, slavery. They work shift of up to 17 hours per day and night, earn very little with the money often kept by the owner.

The parents often do not realise into which conditions they have sent their children. Traffickers make sure that the family receives happy pictures and good news.

According to Hiếu, many children are taken from the Central Vietnam and sold to Ho Chi Minh City, but child labour also exists in other areas of the country. Recently Blue Dragon rescued two boys of the age of 15 and 17 from a gold mine in Northern Vietnam. The boys are part of one of the ethnic minorities in Northern Vietnam and were forced to work in the mine. They had to buy their food with the gold they find, which means in return that if they did not find any, they were not fed.

Blue Dragon has rescued over 380 children from child labour and returned them, if possible, to their parents. The foundation closely works with the local authorities and organises workshops on anti-trafficking in order to create awareness about child labour and slavery.

I have heart from several Vietnamese that the trafficking of women into China is a huge issue in the parts of Vietnam close to the border. So far, I have been sceptical about the stories, and was concerned that they are part of a general anti-Chinese resentment here in Vietnam.

However, Hiếu confirmed that young Vietnamese women are sold into marriage with Chinese men or end up in brothels in China. According to Hiếu, one reason for this is the one-child policy in China, which has led to an imbalance in gender.

I was shocked to learn that, in some cases, the women are trafficked by people they know, like friends, classmates or boyfriends. Blue Dragon recently rescued two young Vietnamese women from a brothel in China. The women were hold against their will and were forced to sell themselves. They had no access to smartphones or other ways of communication and could not alert the authorities or their families about their situation.

In the rescue of kidnapped women, Blue Dragon also cooperates closely with Vietnamese and Chinese authorities. The women were rescued, have returned to their families and continue to be closely followed by Blue Dragon.